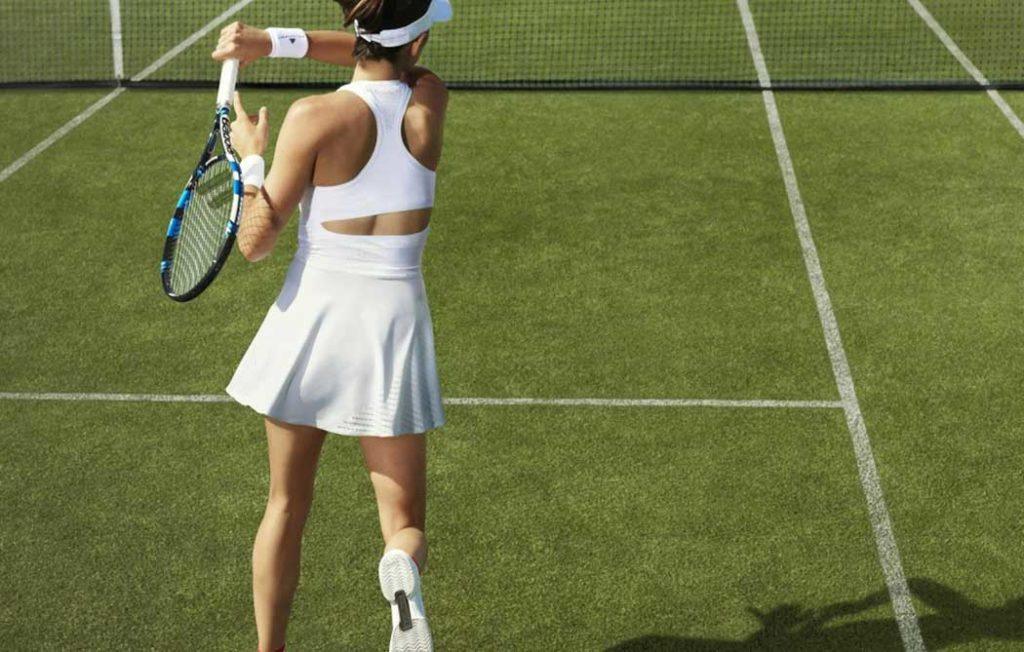 For starters, Grass Courts advocate a much softer on your body and joints. Up until the 1970s, grass was used at three of the four Grand Slam tournaments most notably Wimbledon, the exception being the French Open. Another advantage of grass courts is that they are the fastest of all the surfaces due to the slippery top soil. The ball moves at a faster pace with a lower bounce thus favoring players with a good serve and net players. By taking the ball out of the air you take the uncertainty out of the bounce proving in theory, that when the tennis ball smashes into the soft ground a slight skidding or sliding motion gives the ball a little “kick.” The skidding phenomenon takes some of the spin out of the ball, but the rotational energy is transferred into speed.

Grass Courts are well known for producing an unpredictable bounce to the ball due to the softer and slightly uneven surface of grass in general. This can be a competitive advantage for some players. Until a few years ago, grass court tennis were considered well suited for offensive players. In the early 2000s Wimbledon changed the composition of the grass courts in-an effort to make them more durable, but players companied that the change resulted in balls bouncing higher and slower off the new grass courts.

Grass courts are very expensive to build and maintain and therefore nowadays grass courts are very rare to find and most people want what we can’t have. Unfortunately, this means that few tennis players will ever actually play on grass courts in their lifetime. Even on the Pro Tour, the grass court season is very short and lasts only 4 weeks. However, “the grass isn’t always greener”. Due to the low bounce, players need to stay low all the time with their knees bent even more than usual, leaving some players to experience some discomfort if they aren’t used to playing on grass.

Finally, the biggest advantage to playing on grass courts is that it is easier to win a point in grass as it allows more aces and serve and volley style of play. The server can approach the net after serving and hit a volley and convert it into a point. Therefore, we see more serve points in Wimbledon than say in the French Open on clay. This is due to-the-fact that the slower court surfaces and quicker deflation of balls promotes longer rallies which is perfect if you are a spectator. However, in general the slower the surface, the less benefit of approaching the net which means it’s more physically demanding on the player.