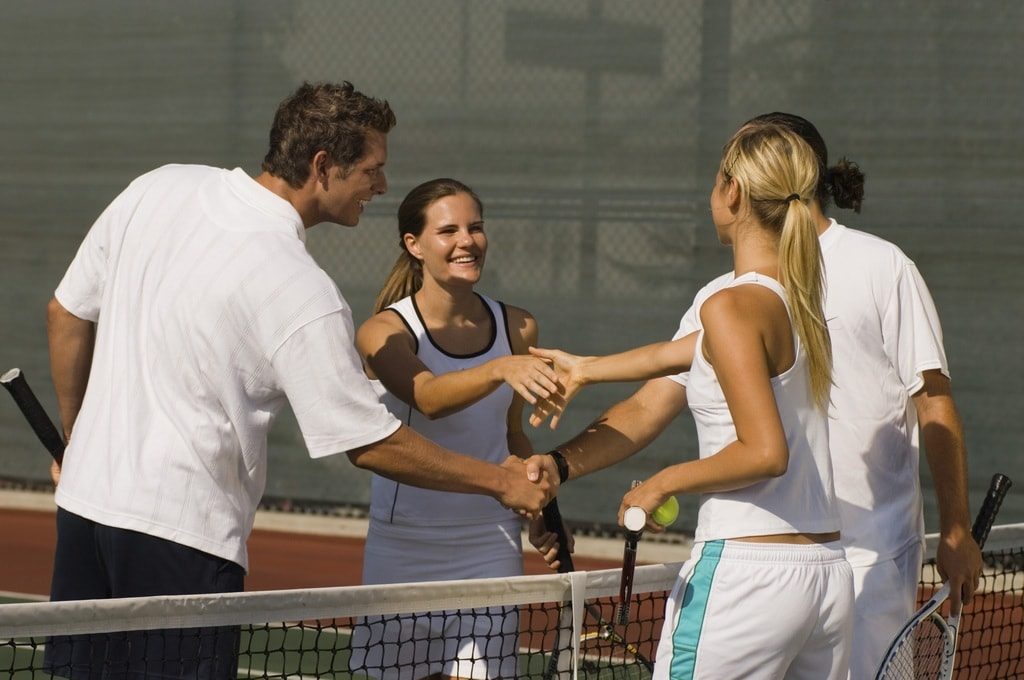 Leagues are a great way to test out a player’s skills while remining competitive. In addition, leagues provide a rating system for player matching and a way for college scouts to evaluate varsity level players with potential scholarships. Tennis leagues offer players a social aspect as well with mixed doubles and co-ed singles players in addition to gender specific Men’s and Women’s game play. Tennis Ladder systems are a widely used format as-a-way to benchmark league players but with technology there are many apps that are now available that automate this process. Players can review their rankings and levels from their mobile devices instantly once they finish their matches. Leagues are a great way for player to prepare and train for tournaments as well because it allows for weekly play to build skills and ratings.

The cons of joining a tennis league can be you typically have a lot of team mates and personalities and politics can sometimes get in the way. Not to mention Leagues take up a lot of free time since you are playing every week. Ratings can also be a curse for some players who prefer a less aggressive approach to staying fit. Captains who are the team leaders can in many cases be good thing or bad thing just like in the world. Finding recreational leagues can also be a challenge. It’s always best to check with your local Parks and Recs to find out if they offer tennis leagues or if you need to go a private club. Finally, the cost of league can vary greatly depending upon your geography and limited locations that offer them (supply vs. demand).

Determining whether you are a better fit for singles or doubles leagues can always be a bit of dilemma.  Once you commit, you’re stuck with your decision through the end of the league so be mindful of this. If you are thinking of becoming a league coordinator there are many considerations to take into account such as: Arranging Courts, recruiting players, developing league rules, handling team registrations, scheduling matches, promoting the leagues, obtaining awards and prizes, coordinating social activities, and approaching potential sponsors.

Hey I am a Arslan